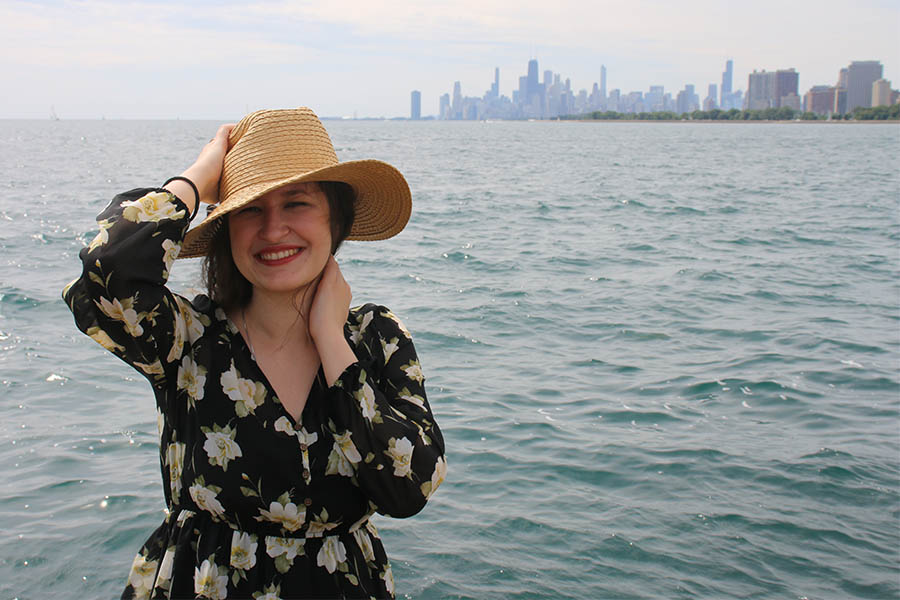 Are you thinking about moving to a new city? You may be looking for better job opportunities, new adventures or want to start a new life? I was there too, just several months ago. I spent hours comparing different cities on the coasts, including Philadelphia, New York, Boston, Seattle, and San Francisco. All of those cities looked like a great option, but here is why I moved to Chicago!

Why You Should Consider Moving to Chicago

At first, Chicago looked like the rest of them. And only after moving there I started falling in love with it over and over again. I know, there is still a winter coming, and that’s the main reason I hear why people don’t want to move there. I’ll make sure to update this post after my first winter in Chicago.

1. Cost of Living is Relatively Low

Ok, living in Chicago is not cheap. But, compared to other big cities, I found it the most doable. If you don’t live close to downtown, you can rent an apartment for under $1,000 and groceries are comparable to other places. Combine that with higher wages than in smaller towns and you come out doing better already. Plus, you don’t need a car and unlimited public transit rides are about $105 per month. This takes me to my next point.

CTA and Metra combined are the best public transit systems I’ve seen in the US by far. I definitely appreciate the public transport in New York and San Francisco, but what you can find in Chicago is comparable to Europe.

If you were looking for a job with growth opportunities and international experiences, Chicago is perfect. It’s home to United Airlines, Walgreens, Allstate, and Exelon. There are hundreds of job opportunities here.

Do you love traveling as much as I do? Well, earlier I wrote a post about different ways to travel more. One of the best ways to do it is by living next to a major airport – cheaper flights, more direct destinations, and the opportunity to go just about anywhere. O’Hare serves as a major hub for more than one of the three U.S. mainline carriers; it is a large hub for United Airlines and American Airlines. It is also a focus city for Frontier Airlines and Spirit Airlines. I am excited about all of the traveling I’ll be doing with good old O’Hare!

If you like to travel and learn about other cultures, you can do that just by going to a different neighborhood in the city. I love meeting people from all over the world in Chicago, hearing their stories and learning more about their culture.

You would probably not expect this from Chicago, but it’s a great city for going to the beach in the summer. There are so many beaches on the lakeside, and they are all amazing!

If you’re visiting Chicago, do eat a deep-dish pizza, just to try. But if you are living in Chicago, you can eat authentic Thai, Indian, and Chinese food. You will find the best hole-in-the-wall places with the best food you’ve ever had.

Every neighborhood in Chicago is unique. You feel like you’re going somewhere new every time and there are so many of them to explore! What’s even more interesting, is that people have pride in their neighborhoods, they want to make them better. And after living in one of the neighborhoods in Chicago, it already feels like home.

Chicago is a truly unique city, with unique experiences, when you visit, try doing all of them to truly experience it!

The city is beautiful. If I’ve mentioned that earlier, I’ll say it again. Walking down the Magnificent Mile and most anywhere in the city, you’ll see beautiful architecture and buildings that have thousands of stories to tell. Just look around and listen.

Every time I google that, I find events all over the city that I am really excited to go to. There is always something to do in Chicago, whether it’s a concert, an opening night at a museum, or a comedy show. By the way, those are the best. Check out the Second City, The Annoyance Theatre and the Laugh Factory, and if you’re bored, try tackling this Chicago bucket list!

I know, I only promised ten, but here is another one. You know, how some cities have stray cats and dogs? Well, the most I’ve seen around Chicago are the rabbits. This might not be the reason you should move, but it’s a nice perk anyway. And it’s worth mentioning.