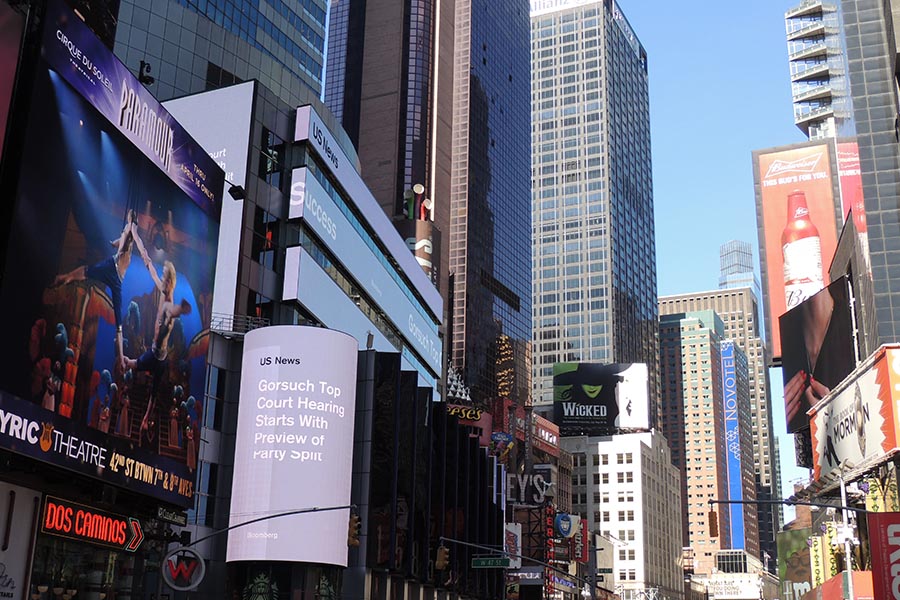 If this is your first visit to New York you may feel overwhelmed by all of the sights you want to see, and so was I! I knew I only had a weekend to explore the streets full of hidden history and charm, so I created this NYC itinerary to maximize the time and help you make the most of the day. Since New York City is the city that never sleeps, you can see a lot in just one day. NYC Where to Go: I’ve filled up this list to the brim but you can go at your own pace, spend more or less time at different places and pick what you want to see.

NYC Where to Go: Lower Manhattan and Historical Sights

The park has a beautiful waterfront with beautiful views of the New York harbor including the Statue of Liberty and Ellis Island. If you decide to visit these places, keep in mind that visiting Lady Liberty will take up several hours of your day, not even including Ellis Island. But you should still do it – it’s worth the time!

You can also take a tour that will take you to the Statue of Liberty and the Ellis Island. To get inside, you need to swim by the ferry that departs from Battery Park every 15-20 minutes. The admission price for the Statue of Liberty Cruise is $18.50 for adults and you can purchase them here. It’s definitely worth the price and it will take you half a day just to see these sights!

As a time-saving, budget-conscious alternative to visiting the Statue of Liberty, you can take a free ride on this commuter ferry. During the boat ride, you get a good view of the Statue of Liberty and Ellis Island and stunning views of the Lower Manhattan skyline. The ride there and back is about 50 minutes and you don’t need a ticket.

There are two buildings that you have to see when strolling down the Wall Street. They are both at the intersection of Wall and Broad Streets. On the northeast corner you will see Federal Hall National Memorial with George Washington’s statue in front of it. Here, the first American Congress met after America gained its independence. Also, here George Washington sworn in as first president. The hall is open to the public free of charge. On the southwest corner is the New York Stock Exchange. You will recognize the NYSE by the American flags flying along the facade.

On Wall Street you will also be able to find the most bizarre symbols of the NYC – the statue of the “Charging Bull”. According to the architect’s idea, the statue symbolizes the strength of the American people. This 7,000-pound bronze sculpture was a gift from Italian sculptor Arturo Di Modica who created the bull in response to the 1987 stock market crash. Take a selfie with this one, you won’t be the only one doing so!

This church remains an active Episcopal parish with daily services, though many come here for tours to learn more about the architectural and historical elements of the church. The churchyard cemetery holds the graves of Alexander Hamilton, Hamilton’s wife Elizabeth Schuyler, Declaration of Independence signer Francis Lewis and William Bradford. It is one of the most beautiful buildings in Lower Manhattan and you should definitely see it if you are touring lower Manhattan.

This glassy tower marks the latest stage in the refashioning of Lower Manhattan’s skyline. Crowned by an observatory, One World Trade Center is the tallest building in the Western Hemisphere.

If you want to honor the memory of those killed on September 11, go to the National September 11 Memorial & Museum, which is located on the site of the twin towers. The entrance costs $24 for adults and $15 for children. You can buy tickets or book a guided tour online. The plaza is large and even during its busiest hours, there are places where one can find a quiet spot to contemplate. The plaza is open to the public from 7:30 am-9:00 pm daily.

Brooklyn Bridge is one of the most famous bridges in New York, connecting the most important urban areas – Brooklyn and Manhattan. If you walk along the bridge in the evening, be sure to stop at its foot from the side of Brooklyn to take a look at the fantastic panorama of Manhattan.

This unusual city park was opened in 2009. It was built on the site of the former railway line. In the area of 160 hectares of many secluded places with benches, deck chairs and tables, a perfect place to rest and have a bite.

At the intersection of Broadway from 5th Avenue you will find the Fuller Building, or the Flatiron Building, one of the symbols of NYC. This building on 22 floors, 87 meters high, is the first skyscraper of New York. Stop for a few minutes at the park across from Flatiron to enjoy one of the most recognizable NYC masterpieces.

If you keep going up on Broadway, you will end up at one of the most famous squares in New York. It is named after the newspaper “New York Times”, the editorial board of which is located here since 1904. Skyscrapers, neon advertising signs and crowds of people… Doesn’t it all have its own special magnetism? It does, when you are standing in the middle of Times Square. When you are ready to move on, head back to 42nd Street and walk east one long block to 6th Avenue. Here you will find Bryant Park, a calm park to catch your breath from the frenetic pace of Times Square.

Continue walking east on 42nd Street for a couple of blocks. On the way, take a look up in the sky and you’ll see the shimmery spire of the Chrysler Building. Then, enter the Grand Central Terminal through the doors at the intersection of 42nd Street and Park Avenue. This world-famous landmark is not simply a transportation hub – it’s also a shopping, dining, and cultural destination. The lower level has restrooms and a very large food court. It’s a great spot to grab some lunch like a true New Yorker.

Top of the Rock Observation Deck

For a bird’s eye view of New York City head to the observation deck at the top of 30 Rockefeller Plaza. In my opinion, it is the best option for the New York view. Also, the tickets are for specific time slots so the lines there are not very long. And at the Top of the Rock you can see the Empire State Building, the Freedom Tower (One World Observatory) at the same time! See the Top of the Rock website for ticket and hours.

You probably saw this skyscraper in many movies. The construction began in 1929, and since then the building is considered one of the most recognizable sights and the heart of the city. Empire State Building has two observation decks, that let you see the whole city of New York. The entrance to the Empire State Building on the 86th floor is $32 for adults and $26 for children. Visiting both observation platforms (2nd is on 102 floor) is $52.

This observation deck is the best spot for sunsets. Here you will be able to see the Empire State Building and the whole New York, drowning in the dying sunlight. The entrance to the Rockefeller Center costs $30 for adults and $24 for children.

It is up to you to decide which skyscraper you would like to visit, but if you are spending a couple days in NYC, you should definitely go into one of the observation decks to see the beautiful view of the city.

NYC Where to Go:

A visit to New York should not be without a trip to an art museum. Some of the largest art museums in the world are in the center of Manhattan. Just pick one and enjoy!

To view the entire exposition of the Metropolitan Museum, even a month won’t be enough. The collection includes more than two million works of art spanning five thousand years of world culture from every part of the world. This is one of the most famous art museums in the country and one of the best in NYC.

The Museum of Modern Art

The Museum of Solomon Guggenheim

Stroll in the Central Park

Spend a Minimum of a day Shopping

New York is the best place for hours of shopping finding great sale prices on designer clothes and brands. There are amazing shopping areas in NYC, and they offer a huge selection and many of them offer really good prices. For a great NYC shopping guide, read this article.

End Your Day with a Broadway Show

There’s no better way to wrap up a trip to New York City than seeing a Broadway show. If you are flexible about what show you see and don’t mind giving up some of your city exploring time, go to one of the several TKTS tickets booths throughout the city for discounted tickets for shows playing the same night. Ticket availability and inventory can change quickly throughout the day so browse real-time listings on their website. To get a discount, you should go to the TKTS booth before they open. It does eat up some of your day, but it is worth the discount!

For even more ideas for NYC Where to Go, I made a little list that you can pin to your board before heading to New York or share with those who are planning to travel there soon!

Tell me: What are some of your favorite places to go in New York? Let me know in the comments below!